Orpheus has two major locations in Los Angeles, one is found in the yellow pages, the other is kept off the books.

Located on the 33rd to 35th Floor of a business plaza is the official branch office of the Orpheus Group. Here, private investigators work to solve the mysteries that plague the Orpheus Branch Office. Orpheus sends operatives all along the West Coast, so business is booming for PI work. The South Park office is also the official office of the Director of the LA Branch.

All Orpheus branch operatives are trained PI detectives, undergo extensive training that fulfills state requirements for a PI license and are encouraged, when able, to work with local law enforcement. While the look of the Branch office offers the veneer of PI gumshoes, many of the PIs are former soldiers, criminal assassins, and thieves, all of whom cater to Orpheus’s more clandestine jobs. Their Orpheus training gives them knowledge of the occult so that they know when they are dealing with a ghostly threat or phenomenon. If a job looks to be a bit weird – don’t worry – Orpheus will contact one of its “Expert Teams”, humorously called “Ghostbusters” by its mundane personnel, to finish the job.

The purpose of the branch office is two-fold. The first is legitimacy. Not all Projectors are detectives, assassins, fixers and gray hats, and being in the private security sector (albeit with a paranormal slant) requires actual PI work and legitimate personnel to keep the bankroll going. The second is that their work helps Orpheus get the information it needs to deliver vital information to its “Expert Teams”, the Crucibles, for when they need to go Flatlining to deal with spooks and spectres.

The meat of Orpheus occurs in Wyvernwood. The heart of its Projector operations is found in an unmarked, 1 story business building off of Glen Ave. Entering the building you will find a similar environment to the Orpheus Branch Office. Workstations for detective work dot the building. A security guard mans the front, checking IDs for security clearance as the offices are “personnel” only. Orpheus operatives need not worry of slick tomfoolery breaching their guards. The security guard has a crack team of ghostly diviners on their payroll to inform the guard if he’s being hoodwinked. The trio of ladies are all infatuated with the security guard, and all secretly hope he dies soon so they can have a crack at him.

It’s the lower levels that make it where the work gets done. Zen rooms, training halls, and advanced medical cryo-chambers are found here – everything Projectors need to get ready for the next mission. The Operations facility is run by an up-to-date staff, including a medical team and vetted Psychologists, all of whom have signed on the dotted line and are officially part of the Orpheus “family”. The first floor is indeed for detective work, but for Projectors who work in their meatsuits. When it is time to dance with the dead, Skimmers may find a meditation room to their liking and Sleepers can prepare for insertion via a medical staff who will observe their vitals in the living world. 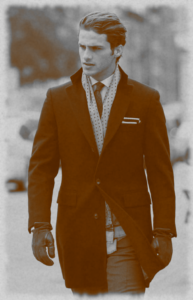 That’s his full-blown name, but he likes to simply go by Clint. Born to a family of ostensible wealth, Clint’s story is one of near-prolific career trajectories, unfathomable windfalls of stock gains, and a keen and calculating mindset. An occult investigator born to the Morgraves, a family of entrepreneurs and moguls, Clint used his rich education to fund his personal foray into the Occult. It was during this time that he proceeded to buy a large chunk of Orpheus equity, forcing himself into Orpheus’s operations. It was only after the heads of Orpheus met Clint that they realized how much of an asset he was and gave him control of the LA Branch in 2019.

Clint carries a presence of authority and status that is undeniable to folks who meet him. Many say you feel his company before he even walks in the door. He is no Flatliner, though people say behind closed doors that his Vitality must be voluminous if he were. That said, Clint is extremely mature for his early age. He is mild-mannered. He never raises his voice, is empathetic to the Agents in his employ and manages, somehow, to toe the line between working his Agents to actual death and giving them Beach time so they don’t break under the strain. Clint is dedicated to his work, and he expects his agents to be too. Both the mundane and the Projectors.

Many have dug into the secrets of Clinton Morgrave II, and if they found anything interesting, they aren’t talking. 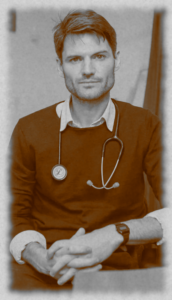 David Wayfield was one of the pioneers of cryogenics, looking for medical uses regarding suspended animation and freezing. His interest of course was organ preservation, however when Orpheus heard word that a person of Wayfield’s credentials was looking for work, given that many look to cryogenics as a fad more than a legitimate medical inquiry, Orpheus was quick to put him on the payroll.

David is one of many workers at Orpheus that had no clue about the supernatural world until he was promoted to Chief Medical Officer for the LA Branch Office. Therefore, his medical research is largely living oriented and routinely has difficulty reconciling supernatural phenomenon with his knowledge of medicine. Living people are one thing, but he is no mortician (though he is currently studying to be, which is diminishing his reputation amongst his medical colleagues).

David is a licensed doctor, surgeon and received his degree in neurorehabilitation, which he has applied to Orpheus’s cryogenics program.

Life as an Orpheus Projector in LA

While the New York office may enjoy cramming its agents into its complex, Clint takes a more holistic approach. Orpheus Agents are encouraged to maintain living lives, and therefore offers no berths or ‘room and board’. Orpheus may not pay its agents handsomely (the LA branch always seems strapped for cash) but it’s enough to get you out of the office when your shift is over.

While you can have your own house, engage in hobbies during Beach time and generally live when not mucking with the dead, your job is vital. Therefore, if Orpheus calls you, you answer AND answer again if you need to. The Orpheus leash, while present, is extremely short.

This is a crucial point, and one that Clint constantly reminds Projectors of. Project Echo is a secret. Don’t blabber about it. Doing so can compromise not just you and your crucible but the whole of the Orpheus Group. So far, the corporation has remained hidden from most of the critters in the World of Darkness, don’t be the one that breaks the trend. Skirting the line finds HR starting to talk to you about your sick grandmother or your malady-suffering niece and nephew. Remember how Orpheus is helping them? Eep.

It is a gumshoe’s life, working as a Projector for the LA Branch. all the glam of being dead, for pennies and a crummy desk and a couple of filing cabinets. You do it because you believe in the cause (or because Orpheus has you in a bind paying alllll those medical bills for you) more than desiring wealth and prestige. It’s a rough, Noir-like life for the Orpheus agent.

Orpheus is just beginning to skim the surface of the world of the dead. It knows the major players and the big ten-dollar names, but if it is going to do its job? It’s gotta understand the rest. Orpheus Projectors dive into a world they don’t understand half the time and are told they must navigate it like natives their first mission. To do that you gotta blend in and learn the culture. Needless to say, most missions begin over Projectors’ heads. It’s only when they get a bead on what they are looking for that things become far more manageable.